The Department of Employment and Labour has issued a directive in terms of occupational health and safety measures that need to be adopted and implemented to reduce and eliminate the escalation of COVID-19 infections in worksplaces.

I, the President of the Southern African Emergency Services Institute have been made aware of the plea and concerns regarding Firefighters not being issued with protective masks and gloves to protect them from the virus when they are sent into dense population areas to fight fires.

I believe firstly that this competency rests with the dominant Local Government Municipal Sectors and falls outside the jurisdiction of the Southern African Emergency Servicers Institute as the Professional Body to answer for and or to compel compliance.

However in the spirit of good governance and to advance of the strategic goals of the Southern African Emergency Services Institute to disseminate information to the members and public, I will confirm and say that members holding the SAESI Professional Designation: Firefighter Practitioner of South Africa [FFP (SA)] or the NQF Level 4 Occupational Certificate: Firefighter are trained on the Management of Hazardous Materials and Dangerous Goods. The Hazardous Materials Operations Level covers Decontamination Set Up and includes the donning and doffing of various levels of PPE. I believe that these skill sets are adaptable to engage with this viral threat.

Our Professional Firefighter ought to be reasonably aware that the protection of eyes, nose and mouth remain critical in mitigating this COVID-19 threat whilst responding to and engaging in multi-types of emergency situations daily. I am aware that all fire helmets are provided with face visors that supports threat reduction. The impracticality of wearing a fire helmet for 12 and 15 hour shift is equally noted.

My personal assessment about this COVID-19 threat to Firefighters weights greater within the workstations over emergencies scenarios, I say this in considering the social practices of shift workers through the sharing of resources and facilities as evidenced within the Correctional Services.

My observation of Infection rate of locked inmates against the free moving Warders and staff confirmed the effectiveness of the national containment strategy of Lockdown and restricted movement and exposed the R(0) vulnerability involving uncontrolled travel and social interaction within the shift worker environment.

The way forward requires smart and innovative solutions that change our behaviour towards self-preservation. The goal here is not to touch our facial area or expose ourselves to face to face contact within less than one meter.

I am equally aware of the multitude of resource challenges facing Local Government during this Lockdown period together with the planning underway for risk reduction and response against the pandemic spread as predicted by the authorities having jurisdiction.

In saying that, I am pleased to note that some Firefighters are innovating solutions in this time of scarcity of PPE by adaptation of basic resources to protect themselves in some Cities and will suggest that SAESI members be encouraged to use our platforms to share these ideas among the fraternity to maintain resilience to face the difficult journey before us.

As the President of SAESI, in my video message to members posted on the social platforms made a call to the Fire and Emergency Services fraternity to build their immunity by maintaining their fitness and well-being so that they can be there to respond to the “call for help” of our citizens.

In having this opportunity to respond in this matter I urge all Firefighters in the country to break the chain of virus exchange at the point of contact with inanimate objects shared with other worker colleagues through sterilization before use, to protect the routes of entry by shielding our face from our hands, to focus operational practices on decontamination protocols during shift changes and return from incidents and maintain social distancing during travel, response and within work stations.

I remain committed as President of SAESI to persevere towards Professionalization of the Fire and Emergency Services.

You can also watch the video message by SAESI President Mr Melvin Ramlall to all Emergency Services Practitioners.

A message to all Emergency Services Practitioners, by SAESI President Mr Melvin Ramlall

Given the current situation nationally regarding the COVID-19 / Corona Virus and announcements of containment measures pronounced from Government, the Southern African Emergency Services Institute are not immune to the situation or naïve to the threat.

SAESI is taking a proactive approach to business continuation and risk reduction while providing the support required to all members, clients, providers, stakeholders and associates with SAESI in these uncertain times.

Read the full circular from the Department of Public Service and Administration. 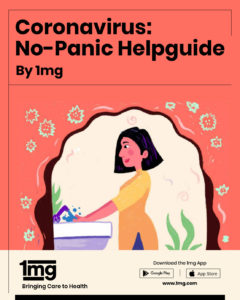 Here are the answers to the most common queries about the Novel Coronavirus based on our discussion with the various experts from the reputed institutes and analysis of the CDC, WHO, and MoHFW guidelines. 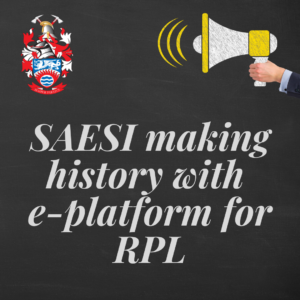 Today SAESI has made history again. The NQF 4 Occupational Certificate Fire Fighter can from today be accessed through the RPL (Recognition of Prior Learning)
route utilising a digital platform.

Thank you to the exhibitors at our AGM 2019.

Thank you to all the suppliers at our AGM 2019.

As Professional Body, SAESI attend as far as possible all SAQA meetings and events in order to comply but also to learn and grow. Below are links to the International Seminar: Recognition of Prior Learning for Professional Qualifications and Professional Designations held on 21 June 2019.

Mr Melvin Ramlall, President of SAESI presenting to members of IMATU at its Mid Term Conference. SAESI was invited to participate in the conference during the focus sessions on Service delivery failures and moving local government forward. As could be expected, given the recent challenges in the fire and emergency sector the presentation spawned intense discussions and positive engagements.

The recent questions and challenges raised within the public domain regards illegal qualifications by a splinter group proclaiming itself a professional council is regrettably creating much uncertainty and confusion within the fire and emergency sector that has triggered representations of SAESI before the South African Qualifications Authority (SAQA), The Council of Higher Education (CHE) and the Quality Council for Trade and Occupancies (QCTO).

Following all of these fake news and engagements, SAESI within the South African context is recognised by SAQA as a trusted Professional Body and also recognised by the QCTO as the Assurance Quality Partner (AQP) of the Local Government Seta (LG Seta).

SAESI outside of the United States of America (USA) is the largest Certification Entity in Southern Africa accredited for seventy (70) NFPA programs and is the first Entity in the world to be authorized to certify the Incident Command Programs of NFPA. The resent re-accreditation visit secured SAESI’s Accreditation until 2022 when the next IFSAC visit will take place.

SAESI was founded in 1959 when the need for improving the standards of fire-fighting in South Africa was realised by members located within the dominant municipal employer domain.

In 1985 SAESI registered six (6) levels of Fire Technology Qualifications with the juristic authority being the Human Sciences Research Council (HSRC) which was adopted as the “prescribed qualifications” upon enactment of the Fire Brigade Services Act, Act 99 of 1987 which read; “prescribe” or “prescribed” means prescribe or prescribed by regulation under section 15 or, except for the purposes of section 11, by guideline recommended by the Board and approved by the Minister; where in section (5)  Chief fire officer.—(1) A controlling authority shall appoint a person who possesses the prescribed qualifications and experience, as chief fire officer to be in charge of its service and in section (6) Members of service.—(1) A controlling authority may appoint any person who possesses the prescribed qualifications and experience, as a member of its service to perform such functions as may be assigned to him by the chief fire officer.

SAESI’s role in this qualification set the required examinations, marked the scripts and issued the certificates and the employer within its services established training centres that provided the education and training aligned to the qualification curriculum.

Through the successive years of transitions and reorganizing of government services these qualifications became embedded within the career path of the fire-fighter within the municipal domain. The Department of Corporate Governance (DCoG) remains legislatively mandated to administer the Fire Brigade Act and recognises within its Municipal Staff Regulations. These qualifications which are voluntarily adopted by the private industry, maritime, military, aviation, rail, forestry and petroleum industries. These qualifications remain dominant, relevant and credible within the sector and are also internationally comparable.

The SAQA Act in 1995 introduced academic reforms and introduced the qualifications framework which was later repealed and transitioned into the Skills Development Act of 1996 that introduced further reforms that mandated the Local Government Seta as the authority responsible for the development of education and training needs within the Fire-fighting Sector.

SAESI in aligning with the changes handed over its distant learning program to National Colleges Limited T/A Success College to provide the distance education and SAESI as their partner set and marked the examinations and issued the certificates. This relationship with Success College prematurely ended in 2003 when Success College were unable to re-register the qualifications under their name with SAQA.

As SAESI is a member funded institute its members resolved to sustain the Success Distance Learning mandate not to prejudice its members career path and remuneration, whilst it collaborated with the juristic bodies mandated by legislation to develop and register the qualifications on the national qualification framework (NQF) of SAQA.

The current educational environment promotes lifelong learning and SAQA has accordingly published enabling policies for Recognition of Prior Learning (RPL), Credit Accumulation and Transfer (CAT) and various others that ensure all formal and non-formal learning is considered by education institutions that would enable learners to integrate and articulate towards professionalization.

This allows members to engage directly with learning institutions and produce the SAESI Certificates for assessment that would translate to credit accumulation and access into required fields of study. All new qualifications developed must satisfy SAQA policy of international comparability and most short course proficiency programs of the NFPA standards are considered as benchmarks within the current development.

SAESI members have over the years remained strong in their resolve not to become an education service provider and remain a quality assurance body as it represents the community of expert practitioners spanning the entire range of the sector that are best placed to ensure the standards of education training and development adds value to the protection of our people, their properties and our environment.

SAESI engaged and is still attempting to engage with the only other role player presenting Fire Technology in the educational landscape, namely Tshwane University of Technology. Agreements came to regarding the development and presenting of a Distance Learning Programme that will both satisfy industry needs and serve the members have not been honoured by TUT as the programme would have been rolled out in 2017 already. Seeking written confirmation and further engagements with TUT in order to assist where possible in the interest of industry and our members have failed with no consultation or communique from TUT.

In the absence of this programme, SAESI has no choice but to continue with its in house education programme in Fire Technology to serve our members and industry.

Members are therefore urged to attend and participate in meetings of their respective branches and management and not to allow themselves to fall prey to the deliberate negative misconception of SAESI being publicized on social media and other platforms. Members should ask themselves that if SAESI’s qualifications are all of a sudden illegal or invalid just because it is not on the NQF, then surely ALL Qualifications pre the inception of the NQF which will include all Academic Qualifications obtained also become illegal and invalid.

Compiled by SAESI President and Management